My Daily Walk with God

A Model for Intercession

Do you know the wrong way and the right way to pray for God's power of intercession? Going to Scripture for a model of intercession, we find Jesus works with Mary using three phases: Accept, Believe, Commit. "A Model for Intercession" is excerpted from Lesson 9 in the Women's Ministries manual, Prayer and Love Saves—PALS.

A Model for Intercession (15 minutes) 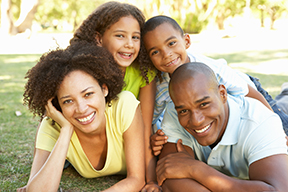 Now it is time to show you a model for effective intercession. For our model we will go to Scripture. There we find Mary Magdalene, Mary the sister of Martha, and the woman caught in adultery in the same person. There are some indications that this could be the case. Imagine with me how it must have been, how many people must have seen the need for change in her life, and how they tried to change her. Watch for how each one makes a point of interceding with the Lord on behalf of Mary. What is wrong with their intercession?

There is so much to do! I should have had the food on the table long before this! I know Jesus must be terribly hungry after His long journey. Where is that sister of mine? There’s no way one person can watch the ovens, stir the pots, arrange the fruit, and mix the wine all alone.

“There she is! Sitting at the feet of Jesus as if she doesn’t have a care in the world. That’s the way she always is—so inconsiderate! She ought to be here helping me! Lazy bones! Why can’t she be more like me, dependable, organized, hardworking, busy doing what must be done, accomplishing things! I don’t know how many times I’ve told that girl! She just doesn’t listen! I don’t know what to do to change her. Perhaps I should ask Jesus to make her change. She’d sure be a lot easier to live with if she did.

There’s no doubt about it, Martha wanted to change Mary. She used several methods to accomplish it: scolding, nagging, demanding, and confronting. She even tried intercessory prayer! She asked Jesus to command Mary to change!

Did you hear the latest about Mary? I can’t believe how far she has gone! Why she’s nothing but a common slut, a prostitute, a whore an adulteress. Disgusting!

She’s from such a good family, too. How sad they must be. I feel so sorry for them. She ought to be stoned for her behavior for bringing disgrace on the whole community like that! She should be made an example of lest we have an epidemic of immorality!

That’s it! We’ll set out spies; catch her in the act; drag her through the streets; shame her publicly. We’ll take her to court and have her punished. Maybe then she’ll be more like us: upright, correct, obedient to the law, and respectable.

Mary needed to change. The Pharisees set out to do it by naming, shaming, blaming, and punishing. They even brought her to Jesus in intercessory prayer asking Him to help straighten her out!

I can’t believe what I am seeing, smelling! Spikenard! The most costly of perfumes! That’s equivalent to a man’s wages for a whole year! Incredible waste! Has she no sense about the value of money? What a poor manager! She has just thrown away a year’s wages!

I would never do such a thing! I know how to pinch pennies and save up for more worthwhile venues. She should be more like me, shrewd, careful, a wise investor, intelligent, a respected financier.

She needs a little education in finances. Perhaps I should give it to her, and the rest of this motley group of Jesus’ followers while I’m at it. They need to know that a penny saved is as good as one earned!

Hmmm! I say there, to what purpose is this waste? If she had only given us the unbroken alabaster box, we could have sold it for a good profit. Imagine how many poor people could have a good meal for that amount . . .. more than a thousand! The Lord expects us to be good stewards of our means, doesn’t He?

Oh, yes, Mary needed changing and Judas thought he knew how to do it: point out errors, criticize, argue the case, educate. He even spoke to Jesus about Mary’s need to change, expecting no doubt that the Lord would respond to his intercessory prayer with a rebuke to Mary.

One woman who needed to change and three people ready to change her: Martha, the Pharisee, and Judas. Among them they tried all the says you and I so often use to try to change people: scolding, nagging, demanding, confronting naming, shaming, punishing, pointing, criticizing, arguing and educating. They all used intercessory prayer. They all presented the need for change to the Lord, but they didn’t have it right.

Yes, Mary needed to change, and she did change. But how did that change occur? It came about by her own choice to yield to God’s will. It came by her own decision to allow God to transform the weakness of her personality into strengths for His cause. 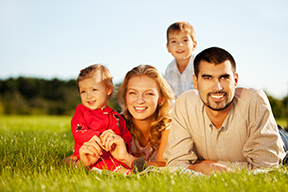 You and I can never change another human being, not even our children. Only God has that power. However, there are some things we can do to facilitate that desire for change.

For our model for facilitating change, for intercession, we look not to Martha, the Pharisee, nor to Judas, but to Christ. Let’s see how He helped Mary change.

The first thing He did was accept her just as she was with all of her strengths and all of her weaknesses. She was a package and He loved her and accepted her as a total person, affirming her good points and overlooking her past mistakes. He accepted her with unconditional love. In that total acceptance of Jesus, Mary found the power that made her want to change.

The second thing Christ did was believe in Mary and her power of choice. It is expressed so beautifully in The Desire of Ages, 568. “When to human eyes her case appeared hopeless, Christ saw in Mary capabilities for good. He saw the better traits of her character. The plan of redemption has invested humanity with great possibilities, and in Mary these possibilities were to be realized. Through His grace she became a partaker of the divine nature.”

Christ saw hope and beauty in Mary when she couldn’t see it in herself. He looked on the positive side of her character. He chose to talk about the good He saw. He believed in her. He believed that inside she wanted to overcome her weaknesses, and He believed that given the opportunity she would choose to have Him supply the power. He did not try to force her to change, for He believed in the power of choice He had given her. It was that belief in Mary that gave her hope.

The third thing Jesus did is found in The Desire of Ages, 568. “He might have extinguished every spark of hope in her soul, but He did not. It was He who had lifted her from despair and ruin. Seven times she had heard His rebuke of the demons that controlled her heart and mind. She had heard His strong cries to the Father in her behalf. She knew how offensive is sin to His unsullied purity, and in His strength she had overcome.”

Jesus prayed to the Father for Mary. He committed her into the hands of the only One who could give her power to overcome. He prayed for her not once, but seven times, all the while being very specific, earnest, and courteous.

The Model for Intercession is found in the book by Dorothy Eaton Watts, The Best You Can Be (Hagerstown, MD: Review and Herald Publishing Association, 1993), 97-102.

Keep a written list of people for whom you want to pray regularly. Pray for the entire list, visualize that person, and give his/her name to the Lord along with any concerns.

Keep a list of people for whom you are praying. Beside each name write a Bible promise you are claiming for his/her particular need(s). Make a note of any answers to these prayers. Lesson 5 will focus on promises parents can use in praying for their children.

One lady, confined to bed, keeps a family album of those for whom she is praying. Every day she goes through the album and prays for the people she loves.

Some people keep a list of their family members birthdays and anniversaries. They have a special time of intercession for their loved ones on their special day. Others concentrate their prayers for a month or a week on any family members who have special days during the month or the week.

Catherine Marshall talks about the “eggs” prayer in her book Adventures in Prayer. She suggests that we turn our hopes and dreams into prayers and write them on slips of paper cut in egg shapes to symbolize our willingness to let God “hatch them out” in His own time. She did this for her children and tucked them away and forgot about them until one day she came across the slips of paper in an old Bible she was amazed that a loving Father had fulfilled every single request.

David seemed to know about the principle of “eggs” prayers when he wrote, “Wait on the Lord: be of good courage, and he shall strengthen thine heart: wait, I say, on the Lord” (Psalm 27:14, KJV).

“God’s purposes know no haste and no delay,” says Ellen White (The Desire of Ages, 32). We can bring our requests to Him trusting Him to work things out in His own time. 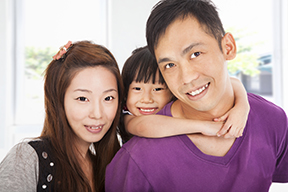 Here is how to use your “eggs” basket for intercessory prayer.

As you attend to these eggs you will becomes aware of movement inside the egg, the hard shells cracking, and the working of God to answer your prayers. Praise Him for every indication the eggs are cracking!

The above “Eggs” Prayer is found in the book by Dorothy Eaton Watts, Prayer Country: A Tour Gide to the Wonders of Prayer (Hagerstown, MD: Review and Herald Publishing Association, 1993) 28, 29.