Adventist Woman of the Year Awards

In 2007 the General Conference Department of Women's Ministries began a tradition of honoring living Adventist women for their outstanding achievements as women in their fields and for their contributions to the mission of the Seventh-day Adventist Church. The awards are given during a dinner meeting held for the female members of the General Conference Executive Committee while they are in Silver Spring, Maryland, USA, attending the Annual Council meeting held each year in October. The meeting is for women committee members to catch up with the news, plans, and reports from Women's Ministries around the world.

A plaque hangs on the wall next to the photos of historic generations of Adventist Women of Distinguished Service bearing the engraved names of the women honored at the Women's Ministries dinner meetings.

Gulfan of the Philippines and Ottschofski of Germany were not able to receive their awards in person at the dinner, October 14, 2019.

In 2019, for the first time, Women's Ministries division directors are honored.

Carla Baker was elected as women's ministries director in North American Division in 2006. She leaves a legacy in her division with her unflagging zeal for enditnow, an initiative of the Seventh-day Adventist Church against violence and domestic abuse, spearheaded by the Women's Ministries department. Stocked in the ladies room of nearly every church congregation in her division are "Love Doesn't Hurt" free business-card size brochures (in English and Spanish) that unfold to six panels and describe abuse and include a checklist about your partner along with information about protecting yourself plus contact information for the National Domestic Violence Hotline.

Helen Gulfan was elected as women's ministries director for Southern Asia-Pacific Division in 2005. She leaves a legacy with her untiring support for training the women of her division for leadership. It is said that every church congregation is aware of and using Women's Ministries Leadership Certification training. She is also the shepherdess coordinator for the division, ministering to spouses of pastors.

Both Gulfan and Baker worked many years in ministry to women before being elected to their division leadership roles. We wish them heaven's choicest blessings as they retire in 2020.

Biographical sketches of honorees in 2019 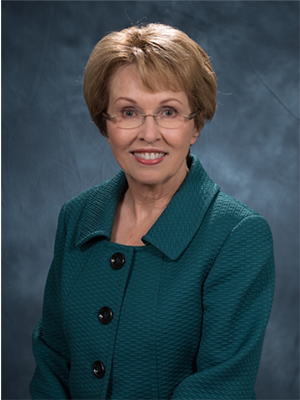 A graduate of Andrews University with a degree in English, Baker began her denominational career as a church schoolteacher and has also served as copy editor and advertising manager of a union magazine and as an administrative assistant.

Baker has many years’ experience conducting leadership training for women. She has developed resources for local church women’s ministries, including three sets of DVD Bible studies for women. She initiated the enditnow program in the North American Division and is a member of the Interfaith Coalition Against Violence in Washington, D.C.

Baker has been an ordained church elder since 1990. She especially enjoys traveling, reading, cooking, walking, and spending time with her grandchildren.

Helen B. Gulfan, director of the Women’s Ministries department for Southern Asia-Pacific Division 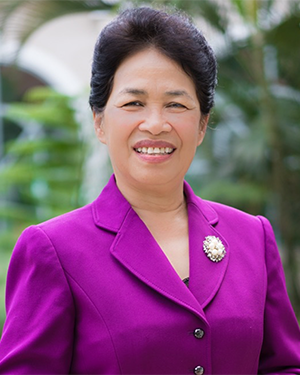 Helen B. Gulfan had a background in finance and accounting before serving as division director of women’s ministries and Shepherdess coordinator. She loves to uphold, encourage, and challenge women in their pilgrimage as disciples of Jesus Christ and to nurture clergy spouses and children.

Gulfan's favorite Bible text is Lamentations 3:21-23. She and her (deceased) pastor husband, Alberto, have three children and two grandchildren. 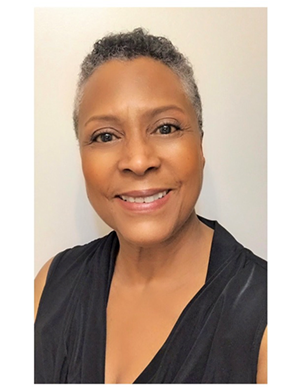 Iris L. Kitching is an ordinary woman who believes in the extraordinary power of God. She knows personally that God uses those who place themselves completely in His hands. She was blessed to work ten years in women’s ministries at the world headquarters and knows the loving camaraderie, friendship, caring aura, and service-driven projects worldwide were her best years of employment ever.

Kitching has spoken at women's ministry worship services, special days, programs, and events. She finds satisfaction in using the spoken and written word to reach those who are shy, have low self-worth, have suffered child sexual trauma, or are reluctant to explore the gifts God entrusted to them. Her lifelong passion is writing– poetry, children’s stories, and devotionals––activities to which she is eager to devote more time now that she retires December 2, 2019.

Andrea Luxton is the sixth president of Andrews University located in Berrien Springs, Michigan. She joined the faculty in 2010 and served as provost until July 1, 2016, when she assumed her current role. She also holds the rank of professor of English in the College of Arts and Sciences.

Luxton was born in Watford, Hertfordshire, the daughter of educators, and early developed a passion for teaching. For her undergraduate studies, Luxton attended Newbold College, Bracknell, Berkshire, England, and graduated with a Bachelor of Arts in theology and English in 1977. She continued her studies at Andrews University and completed a Master of Arts in English the following year.

It was at Andrews, a defining moment in her life, that Luxton caught the vision of continuing her academic career. Encouraged by her Andrews’ English professors, she eventually applied to doctoral programs and chose to attend Catholic University of America, Washington D.C., where she received her PhD in English in 1986. Her area of specialization is Early Modern literature, and her dissertation is titled “Milton’s Hermeneutics: An Intertextual Study of the Epistle to the Hebrews and Paradise Lost.” In 1999, she received a postgraduate diploma in institutional management and change in higher education from University of Twente, Netherlands.

Luxton’s career began in 1982 when she served as Head of English at Stanborough School in England. From 1986–1991, she worked as lecturer, senior lecturer and chair of the Department of English at Newbold College before serving the British Union as education director, women’s ministries coordinator and Sabbath School director until 1993. That year, she became principal at Stanborough School where she stayed until 1997. She then served as president of Newbold College for four years before becoming vice president for academic administration and professor of English at Canadian University College, Lacombe, Alberta, Canada, in 2001. She became the president of Canadian University College (now Burman University) in 2006, following three years of work as the associate director of education to the General Conference of Seventh-day Adventists and executive secretary to the Adventist Accrediting Association.

An avid writer, Luxton has written many professional publications and papers in Canada, England, and the United States. She has also written church-related articles for Signs of the Times, Adventist Review, quarterlies, and other national and international publications 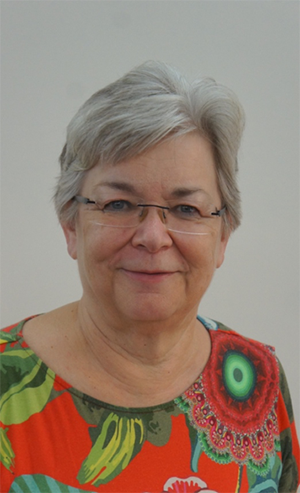 Hannele Ottschofski was born in Finland and has lived in several countries. After completing her studies in modern languages, she concentrated on being a homemaker and helping her husband who worked as a pastor. They spent six years as missionaries in the Central African Republic. Hannele is the author and speaker for short morning devotionals for the Hope Channel and has also produced a collection of videos for small groups on DVDs "Mit den Augen einer Frau" (With the Eyes of a Woman).

Ottschofski lives in Germany, where she has been active in women's ministries ever since the beginning of the department. Hannele has four adult daughters and five grandchildren.

She has compiled and edited several women's devotional books in German and also written a book about her family history (2016) "Das Hemd meines Vaters" (My Father's Shirt) and a book about women in the Seventh-day Adventist Church (2019) "Mit am Tisch" (Together at the Table), both available on Amazon.

Biographical sketches of honorees in 2016 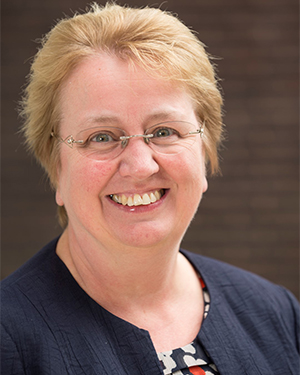 Audrey E. Andersson comes from a first generation Adventist family. Educated in Ireland, England, and Canada, she earned a Bachelor of Arts degree in Theology from Newbold College of Higher Education. Due to lack of openings in the church structure, she spent eleven years in the private sector in marketing and as legal editor.

She served as a lay person, particularly with Children’s Ministries developing resources for the conference, union, and division, including the Gracelink curriculum for the General Conference Sabbath School Department.

Meeting and marrying a Swedish farmer opened new opportunities. After commuting to London for five years, she set up her own communications company in Sweden. Soon she was invited to serve on the Executive Committee of the Swedish Union, then called as Executive Secretary of the union in 2003, where she used her skills in management and communication, in addition to her theological training. She completed a Master of Arts degree in pastoral ministry in 2009. In 2010 she was called to be executive secretary of the Trans-European Division.

Odette R. Ferreira is a fourth generation Adventist. She grew up the daughter of a pastor and missionary. She has been an educator for many years in the Adventist Church denomination in several European countries, in Africa, in the Middle East, and in the United States.

Ferreira has done extensive work with foreign languages in Adventist institutions and also with the United Nations in Geneva, Switzerland, as well as some non-Adventist Colleges. Her field of specialization is Linguistics. She holds a Masters of Arts degree in Germanic Philology, and a doctoral degree in Linguistics from the University of Lisbon in Portugal.

Ferreira retired in Portugal at the end of 2016. She and her husband have two adult children and five grandchildren. Elia is a pediatric nurse at Loma Linda Medical Center and Paulo is a businessman and a successful artist in the South of Portugal.