May-Ellen Colón, recipient of the first Women's Ministries scholarship awarded in 1991, passes away at age 73.

General Conference Women's Ministries will always remember May-Ellen Colón as a special friend, our "Poster Child" for the potential our Women's Scholarship program nurtures around the world. 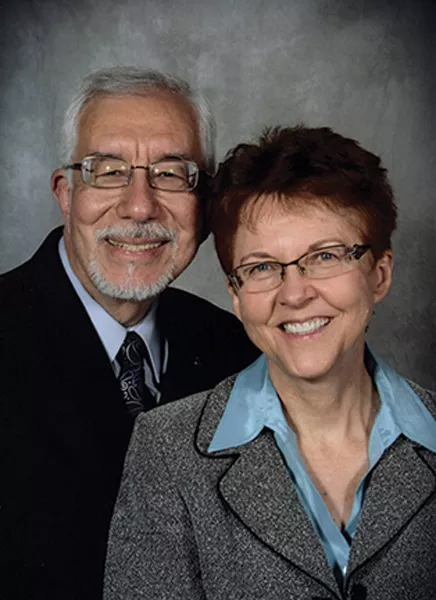 Rose Otis, who created the Women's Ministries Scholarship Program during the first year of her appointment as Office of Women's Ministries director, presented the first scholarship to May-Ellen Colón in 1991. At the time, May-Ellen was a candidate for the doctoral degree in philosophy which she earned while serving the Seventh-day Adventist Church in Russia with her husband, Dr. Gaspar Colón, pastor, professor, Church administrator.

Receiving tuition assistance gave May-Ellen confidence—like a hug from God, she said—that she was pursuing the right goal in studying for her graduate degree. The amount offset the cost of her textbooks that semester.

Giving Back to the Scholarship Fund

When the Colóns relocated to serve the world church at its headquarters in Silver Spring, Maryland in 1997, May-Ellen developed a special relationship with GC Women's Ministries. They also began to systematically and fondly support the WM Scholarship Program.

May-Ellen had received $250, but the Colóns gave back to the fund multiple times over, touching untold numbers of young Adventist women around the world in need of tuition assistance.

The Colón's method was to save all loose change in a special container. About every two or three months a recycled cottage cheese carton or reused applesauce jar filled with coins would appear in the GC WM office. The contents of each recycled container averaged $40-45 worth of coins.

For more than two decades the Colóns emptied their pockets of loose change each night. May-Ellen reported that while making a purchase she had considered presenting exact change. Gaspar gently chided, "That change is for women's scholarships." May-Ellen took another dollar bill from her wallet which resulted, of course, in additional coins for the jar that night.

May-Ellen's career as an educator for the Seventh-day Adventist Church in North America changed when the family moved to the other side of the world. During 1992-1997, she served consecutively in two divisions of the world Church, in Africa and Russia, as co-director of Family Ministries with Gaspar. She served the world Church, 1999-2015, as General Conference assistant director for Sabbath School/Personal Ministries department (SSPM). From 2016 until her retirement in 2020, her assignment in SSPM changed. In a position supported by both SSPM and ADRA, her title became Special Liaison Adventist Community Services (ACS) and she served functionally as its director.

The roles that May-Ellen most cherished were that of mother, grandmother, as well as wife, and ministry partner to her husband. A great majority of ministry roles to which Gaspar was called found them serving side-by-side as a couple. He once said that he considered the ability to minister alongside May-Ellen, and later as a family, to be one of the great privileges of his ministry career.

May-Ellen had been hospitalized for many weeks following a severe cardiac episode during the 2022 General Conference session in St. Louis, Missouri, June 11. She is survived by a brother, her husband, Pastor Gaspar Colón, daughter Sara-May, son Ivan and his wife Crystal, and three grandchildren.

Donate online or by check