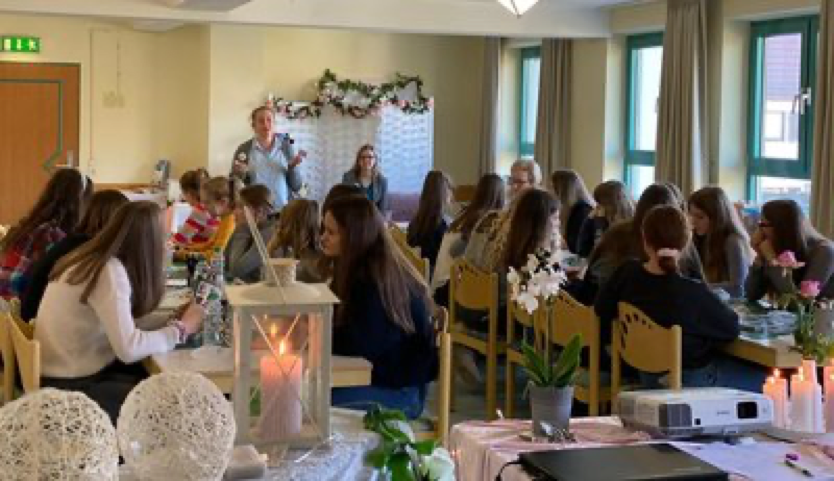 Teen girls attend the first weekend retreat held for them in Neustadt/Weinstraße, Germany.

[Germany] “Girls in Prayer” was the motto of the first Girls4Christ Weekend in the Mid-Rhine Conference from November 8-10, 2019, in Neustadt/Weinstraße, Germany. Twenty-two girls between the ages of 12 and 17 dealt with the topic of prayer in different ways. The girls were guided to consider what prayer means to them personally and led to pray in groups. They watched a film on the topic on prayer, designed their own name badges, painted cups, and made prayer boxes and posters.

Sabbath evening, the girls were asked to write themselves a postcard message which they will receive in one year’s time. Afterwards, the girls enjoyed a humorous social night. The photo wall was the magnet of the weekend. Girls took pictures of each other, and the pictures were printed right away. The lavish pink and white decoration in the room was also greatly admired and added a beautiful background to the event.

The weekend was full of spiritual input, prayer, creativity and cordiality. Many new friendships were made and old ones deepened. Olga Taurus, organizer of the event, said in her parting words, “We are looking forward to the next G4C weekend with you!”