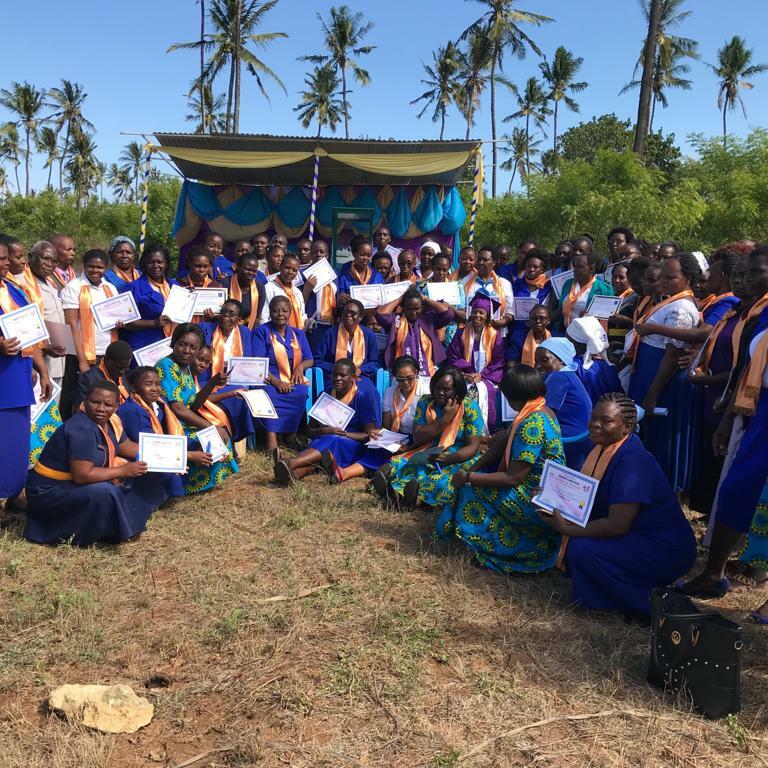 Women and some men are empowered for leadership in Kenya

Graduates of the four levels of Women's Ministries Leadership training receive certificates of completion in Mombasa, Nyamira, and Kisii.

[Kenya] Women in Kenya made a commitment in 2017 to go through the four levels of General Conference Women's Ministries Leadership certification training. They worked hard and learned many things that help them become better leaders in the church. Andrews University School of Distance Learning provides the certificates that also show achievement of continuing education units.

Graduations were held in three locations during the summer of 2019: Mombasa in Kenya Coast Field, Nyamira in Nyamira Conference, and Kisii in South Kenya Conference. All three conferences are part of the territory of the East Kenya Union Conference.