Poverty is present in every society. Poverty robs human beings of their most basic rights. It keeps people hungry; it deprives them of medical care, clean water, an education, the opportunity to work, and often results in a sense of powerlessness, hopelessness, and inequality. Every day, more than 24,000 children die due to preventable conditions created by poverty.

Seventh-day Adventists believe that actions to reduce poverty and its attendant injustices are an important part of Christian social responsibility. The Bible clearly reveals God's special interest in the poor and His expectations as to how His followers should respond to those who are unable to care for themselves. All human beings bear the image of God and are the recipients of God's blessing (Luke 6:20). In working with the poor we follow the example and teaching of Jesus (Matthew 25:35, 36). As a spiritual community Seventh-day Adventists advocate justice for the poor and "speak up for those who cannot speak for themselves" (Proverbs 31:8, NIV) and against those who "deprive the poor of their rights" (Isaiah 10:2, NIV). We participate with God who "secures justice for the poor" (Psalm 140:12 NIV).

Working to reduce poverty and hunger means more than showing sympathy for the poor. It means advocating for public policy that offers justice and fairness to the poor, for their empowerment and human rights. It means sponsoring and participating in programs that address the causes of poverty and hunger, helping people to build sustainable lives. 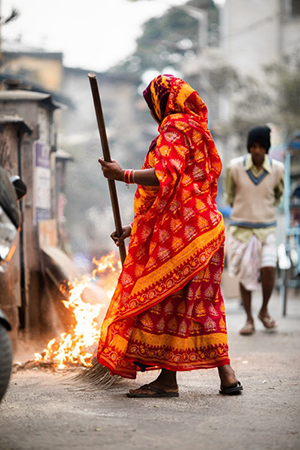 This commitment to justice is an act of love (Micah 6:8). Seventh-day Adventists believe it is also a call to live lives of simplicity and modesty that witness against materialism and a culture of affluence.

Seventh-day Adventists join the global community in supporting the United Nations' Millennium Development Goals for reducing poverty by at least 50 percent by 2015. In furtherance of this, Seventh-day Adventists partner with civil society, governments and others, working together locally and globally to participate in God's work of establishing enduring justice in a broken world.

As followers of Christ we engage this task with determined hope, energized by God's visionary promise of a new heaven and a new earth where there is no poverty or injustice. Seventh-day Adventists are called to live imaginatively and faithfully inside that vision of God's Kingdom by acting to end poverty now.

Women are often victims of hunger. They also have a crucial role to play in defeating hunger. As mothers, farmers, teachers and entrepreneurs, they hold the key to building a future free of malnutrition. Here are ten reasons why empowering women is such an important part of WFP’s work.