Remembering the right woman who was in the right place at the right time. 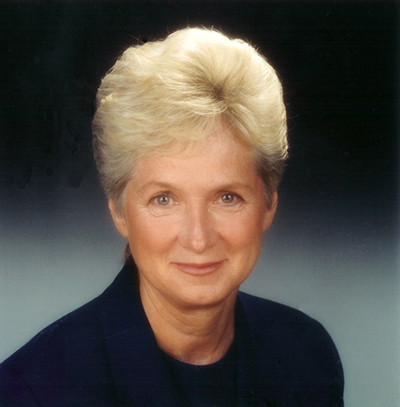 It is my privilege to stand before you this afternoon, representing the 10 million women of the Seventh-day Adventist world church to present this tribute to Rose Otis, a woman of vision.

In 1898 Ellen G. White called a woman named Sarepta Henry to begin what was then called a "woman ministry." This ministry would encourage women to use their gifts to help other women in the church and community, and share the good news of Jesus. Sarepta Henry served for two years and then, sadly, died in 1890. That was the end of a ministry for women. But God’s endtime work for His daughters was not finished.

From 1983 – 1989 a series of meetings were organized by the General Conference and women in North America. The push was on for a ministry for women. In 1990, one hundred years after a ministry for women ended, the General Conference at its Annual Council meeting of October 4, voted to open an Office of Women's Ministries with Rose as the coordinator. This Office of Women’s Ministries was under the direction and—I will add—protection of the President. It was not a department of the church as yet.

In that same year the General Conference in session voted to establish a Women’s Ministries department. Rose Otis was the director and Ardis Stenbakken was the first associate director.

Rose was the right woman in the right place at the right time. God’s time. She was the first coordinator and then director for women’s ministries at the headquarters of the SDA Church. God had chosen her to make a difference for millions of women of every social class, ethnicity, and ministry around the world, whether they ever heard of her or not. She was even a blessing to men in church leadership.

Rose was a woman of incredible creativity, insight, sincerity, intelligence, and diplomacy. She was strong, but always feminine and willing to stand up for women and their needs in a disarming way. Ardis Stenbakken said, "I believe Rose was divinely inspired to come with the foundations she laid for Women’s Ministries.” Rose created our identity - our mission statement, our goals, our logo, even our colors purple and turquoise."

One of Rose’s greatest achievements and ongoing legacy to Adventist women globally, was the start of the women’s devotional book which she began for the purpose of funding the Women’s Ministries Scholarship program for Adventist women around the world who are pursuing tertiary education.

This book was and still is written by women from around the world church. The first book was published in 1992. Since then, Women’s Ministries at the General Conference has published 31 women’s devotional books.

As this scholarship program has grown through the years we started a women’s scholarship donation fund titled – SOS - Scholarshipping Our Sisters. Thanks to our donors we are blessed to give even more scholarships each year.

To date we have given $1,426,864.52 to 2,736 women in over 140 countries. All this is a result of Rose’s vision and passion for higher education for her sisters globally. We cherish this legacy that Rose gave us and will continue it as long as it is needed.

With the permission of Bud Otis and the family, we at GC Women’s Ministries are establishing the Rose Otis Scholarship Memorial Fund for women in the neediest countries. You can make donations to this special memorial scholarship by contacting us at [email protected]

The second legacy that Rose gave us is our Six Challenge Issues that focus on the challenges women face around the world. These issues are - illiteracy, poverty, women’s health, women’s workloads, abuse, and lack of training and educational opportunities. As we plan programs and resources for women we are guided by these issues.

One issue in particular was a risk to talk about at that time, but Rose knew it was a silent challenge women in the church were facing. ABUSE. When Ardis became director she built on the foundation laid by Rose, and asked the GC Annual Council to designate the 4th Sabbath of August each year as Abuse Prevention Emphasis Day. It was voted in 2001 and remains on the worldwide church calendar today. In 2010 the name was changed to enditnow® Day. What began as a cry for the church to acknowledge the problem women and girls were facing has been adopted by the major ministry departments of the Church.

Everywhere Rose went around the world the women loved her and greatly respected her. She was a constant example of a woman of God. Her seminars and resources were practical and met their expressed needs.

In 1996 the department was still growing and making a difference, but Rose saw an opportunity to make another statement for women and accepted a call to become a Vice President of the North American Division, the first woman to hold that position. They say that when one leaves a position, if the organization continues to thrive, the leader has been successful. Women’s Ministries owes a tremendous debt to Rose Otis for being a vessel that God could use to establish this department and to give His daughters a vision for ministry. It continues to thrive and to make a difference for each woman, for the church, and for the community.

I personally thank God for Rose Otis. I met Rose in 1996 when I was voted to be the first WM director for my home union – Caribbean Union. I had no idea what this department was about, and I reached out to Rose at the General Conference. She invited me to meet her in Costa Rica where the General Conference Annual Council meetings were held that year. She shared her hotel room with me. I was in awe of Rose. She was beautiful, elegant and yet so humble. We met in-between meetings, at meal time and on evenings. We sat together and she shared her vision for women’s ministries. I caught the vision and her passion for this department and it lives with me still. Neither of us could have known the the first General Conference women’s ministries director was then training the future fourth General Conference women’s ministries director. Truly God has a plan for our lives.

"I will make you an eternal excellence,
A joy of many generations."
—Isaiah 60:15, NKJV.

No better words could I have written to describe my friend and mentor Rose Otis! I give God thanks for giving us this incredible woman who exemplified what a woman of God should be.

By Heather-Dawn Small, Women's Ministries director for the General Conference of Seventh-day Adventists

The women's scholarship fund has raised more than $1.4 million since 1991. Thirty-nine scholarships worth $26,300 were awarded for the 2023 winter semester.

The women's devotional book has been published annually since 1992. New Every Morning published in 2022 is the 31st book in the series.

I will make you an eternal excellence,
A joy of many generations.
—Isaiah 60:15, NKJV