GUIDELINES FOR USING THE LOGO

We hope that this information will help you understand our Women's Ministries logo and its use. Some recent changes have been made to our logo. We also feel that it would be good for you to know a little of the history of our logo and to have guidelines for use so we can maintain the integrity of our logo and ensure that it is easily identifiable by all who come in contact with it.

We appreciate your helping us in implementing the guidelines given and ensuring that we maintain one standard for use of this logo.

History of the Women's Ministries Logo

Rose Otis, director of Women's Ministries, worked with Jeff Dever, of Dever Designs, an award-winning Adventist designer near the General Conference, to come up with such an image. As Women's Ministries began around the globe, the logo began to become familiar and identified the office (Women's Ministries did not become a department until 1995).

When it was voted to celebrate 1995 as the "Year of the Adventist Woman," it was decided that the logo should be adapted to help the Church understand better who and what the Adventist woman is. Again, Jeff Dever, Rose Otis, and this time, Ardis Stenbakken, worked on the project. The logo was not changed, but this time words were added.

The logo appeared in two forms: one with a motto and one without. The motto, "An Affirmation of Women and Mission," and the logo were widely used; a poster was produced featuring women from all parts of the world and the motto was translated into the appropriate languages to go with the logo.

As the logo continued to be used, it was reproduced on banners, posters, floats, signs and printed materials—sometimes copies of originals, and sometimes copies of copies of copies, and sometimes free hand. The logo took on different features and sizes and shapes. Complaints began to come to the General Conference of Women's Ministries that some groups of women felt left out, smaller, behind: not as important as the other women. Because the purpose of the logo was to show the equality of women, women working, learning, and growing together, these complaints were taken seriously.

At the second World Advisory, held March 2001, the division directors and the General Conference departmental directors took a sizeable chunk of time to discuss and work on the logo. Ideas were sent back to Jeff Dever for advice and guidance. The women felt that they did not want to lose the idea and identification of the logo, which had by now become well recognized, but they also wanted to do something to meet the needs of all the women. After considerable discussion and drafts, the logo was changed slightly. The idea was voted and accepted and Jeff Dever was asked to finalize the art work and put it on electronic formats so that everyone could have a uniform image.

At the fifth World Advisory, held March 2016, the division directors approved a modification to the logo (the second eye for each of the figures) and the addition of the two Women's Ministries colors, PMS 320 (turquoise) and PMS 273 (purple), as presented by the General Conference departmental directors. The motto is no longer part of the logo image, but an alternate logo image contains the identifying words, "Women's Ministries, General Conference of Seventh-day Adventist Church".

The logo is only to be used to identify the Women's Ministries Department of the Seventh-day Adventist Church.

It is to be used in it's entirety with no parts removed or added, e.g. adding another woman to the logo, is discouraged. It should only be used with the given scale so as not to distort the figures.

While the logo may be enlarged, it should not be reduced to a size beyond recognition or where features are lost.

The logo should be used as produced by this department. A division, union, conference/mission or local church can add their name to the logo. However, when reprinting material from the General Conference, the local field cannot add their own logo or name to this official Women's Ministries logo of the Seventh-day Adventist Church.

The official color of the logo is black, but the Women's Ministries Department colors are also used: PMS 320 (turquoise) and PMS 273 (purple). When using any of these colors they should be solid colors. More than one of the official colors cannot be used at the same time in the logo. The two-color graphic with purple logo image and turquoise departmental name is provided and can only be used in this color combination.

It should also be noted that reverse print is allowed when using the logo.

The logo can be used on—

But it can only be used in relation to Women's Ministries. 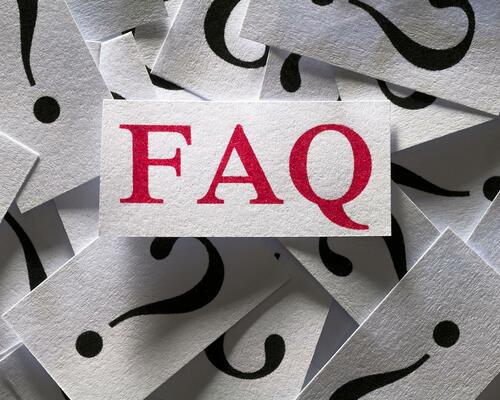