At least fourteen churches celebrated the Day of Prayer in creative ways. 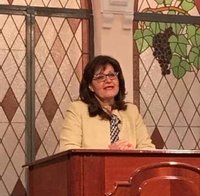 [Spain] The annual Women’s Ministries International Day of Prayer scheduled the first Sabbath of March was the occasion that inspired the Women’s Ministries groups in the Spanish Adventist churches to take over the church services on March 2, 2019. The topic “Walking with Jesus” was presented in creative ways, with women taking over the pulpit. Not only did the women organize the day’s program including special music and potluck lunches, they also created beautiful decorations and giveaways. 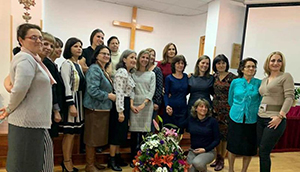 Under the leadership of Amalia Reta, director for women’s ministries in Spain, at least fourteen churches celebrated the Women’s International Day of Prayer. The spark igniting the enthusiasm of many women who want to share God’s love with others, seems to have begun when they attended the Women’s Ministries congress in Sevilla, September 2018. With so many enthusiastic women, the Women’s Ministries Department in Spain is thriving and making an impact.

For more photos go to EUD Women's Ministries on Facebook.