From Women's Ministries to You

Well, here we go again. Another year to make some changes in our lives. Sometimes we get caught in the trap of making resolutions that we find hard to fulfill. Our intention is good but the follow-through is our challenge. I’ve come to realize that we can make resolutions at any time of the year but our resolutions must be made in partnership with the only One who can re-create our lives and that is Jesus Christ. Read more

Have you ever made these promises to yourself at the start of a New Year? I have—many times. I’ve learned that New Year’s is a great time to discuss the interesting occurrences of the past year: the good times, the bad times, the frustrating times, the challenging times, lessons we learned from our experiences, what God showed us, and how He was faithful through all of it, and reflecting on the changes we want to make—a time to make personal resolutions. And a time to reaffirm one thing: that in our ever-changing world, one person remains unchanging—our Lord and Savior Jesus Christ, our foundation. Read More

[March 5] Are you willing to do all it takes to develop a deeper prayer life and a closer walk with God? “Daring to Ask for More,” the 2016 International Day of Prayer resource packet, challenges us to commune with God in more meaningful prayer and to boldly ask for His blessing for areas of need in our lives. Download program here

[Panama] A Seventh-day Adventist schoolteacher has presented a special women's study Bible to Panama's first lady during a parade to celebrate the 112th anniversary of the Central American's independence. Read more

Women's Ministries Around the World

[Portugal] Women's Ministries begins a spiritual SPA: "Só Por Amor," which means "Only Through Love," to nurture Adventist women and their friends in Porto (North of Portugal). Read more

[Norway] When 64 women in Norway gather for a September "Rise and Shine" retreat, they ask God to slip deep into their hearts. Read more

[Brazil] Interpersonal relationship building is a priority for women in Sao Paulo; and more than 120 friends join them at a WM Congress. Read more

[Togo] Adventist women of the Anfame Church open their homes in 2015 for small groups to study the GC WM resource, Homes of Hope and Healing. Soon afterwards the women conduct an evangelistic reaping series for their new friends which results in 9 baptisms. Read more

[Guatemala] Women commited to evangelism are responsible for the baptism of 5,000 people in 2015. They are responding to our Great Commission in 2016 by planning and being involved in more evangelistic series, teaching, and knocking on doors. Read more

[Cameroun] Bible studies and an evangelistic series result in 22 baptisms from the 800 refugees who received the compassionate ministry of Adventist women through food and clothing donations for the camp. Read more

[Rwanda] The baptism of 83 souls is the result of a two-week evangelistic series conducted by young women. Read more

[Kenya] The prayers and ministry of women involved in outreach at a hospital help save an abused woman's life and give her hope. Read more

[Chad] Friends of Adventist women are blessed at a "Woman, Arise and Shine" retreat where they also assist in distirbuting tracts in the neighborhood. Read more

[Latvia] "Arise and Shine" congress in the Baltic Union gives opportunity for women to reach out to the community with a health fair. Read more

2016 International Women's Day is a time to reflect on progress made, to call for change, and to celebrate acts of courage and determination by ordinary women who have played an extraordinary role in the history of their countries and communities.

What kinds of blessings do people miss because they don't have close friends? Read more

Poverty and Water in Women's Lives

Clean water isn't just a matter of life and death. It's not just about thirst, hunger, and sanitation. It's about opportunity. Without access to clean water, the world's poorest people will stay poor. Read more 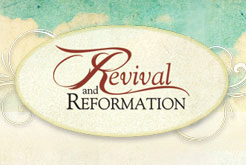