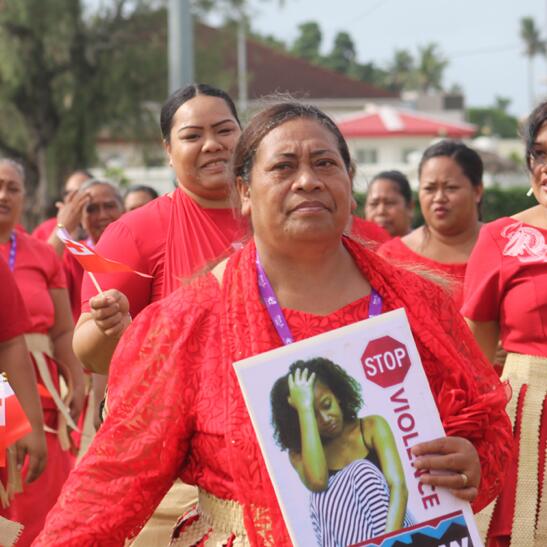 The Queen of Tonga opens the front gates for the parade to enter the palace grounds, an entry normally reserved for royalty.

The Queen of Tonga opens the front gates for the parade to enter the palace grounds, an entry normally reserved for royalty.

[Tonga] Tongan police led 600 Adventist women and men through the main street to the destination point of the enditnow® parade, the Royal Palace of the King and Queen of Tonga. enditnow®, a campaign to raise awareness of violence and to stop domestic abuse, is a coalition of ministries of the worldwide Seventh-day Adventist church. Wearing colorful clothing of their native countries around the South Pacific, the parade participants carried banners and flags and distributed enditnow® abuse literature to bystanders in Nuku’alofa, the capital city.

Excitement rose as the parade neared the Royal Palace. In a special honor, Queen Nanasipau’u permitted the parade to enter the palace grounds through the front gate—an entry point that is normally reserved for royalty. The Adventist guests of the Queen gathered on the lawn for the highlight of the day’s activities on the second day of the women’s congress organized by Trans Pacific Union Mission Women’s Ministries (TPUM WM). Congress speakers were invited to sit on the palace front veranda with the Queen.

The occasion began with a gift-giving ceremony with representatives from each country in the ocean territory of TPUM—and Tokelau, a territory of New Zealand—presenting individual gifts from their homeland to the Queen.

“It is a miracle that we have beautiful weather today,” commented TPUM president Pastor Maveni Kaufononga about the unusual, sunny day during the rainy season. He also said that the enditnow® campaign provides opportunity for the news media to learn about the Seventh-day Adventist Church and how his territory is “empowering women to lead out in our work. It gives a very strong message.”

This was not the first meeting between Queen Nanasipau’u and attendees of the women’s ministries congress. She had presented the keynote address the night before during the opening of the congress. The congress theme was “Women Transformed in Jesus.”

Adapted from a news story in the online Australia's Adventist Record by Tracey Bridcutt, April 18, 2019

enditnow Emphasis Day is on the Adventist Church's Calendar of Days and Events and is observed the fourth Sabbath of August. 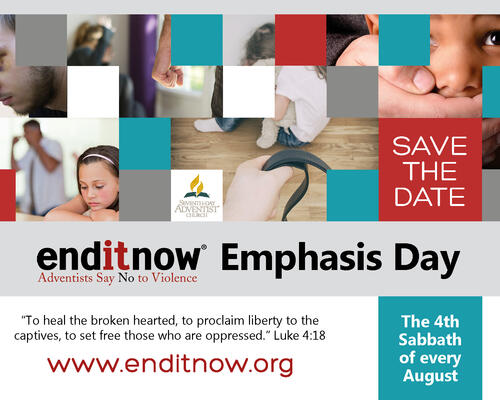