Forgiveness and Your Health

Forgiving and healing have one and the same effect.

“The LORD, the LORD, the compassionate and gracious God, slow to anger, abounding in love and faithfulness, 7 maintaining love to thousands, and forgiving wickedness, rebellion and sin. Yet he does not leave the guilty unpunished.” Exodus 34:6-7

The New Testament picks up on the balanced understanding of forgiveness that the Old Testament prophets taught: a balance of justice and mercy.

The word charizomai is the Greek term that is used to refer to the forgiveness that God gave the world through His Son, Jesus Christ, on the cross. It means to grant a favor gratuitously out of kindness, not from any worthiness on the part of the receiver. It implies rescuing or delivering someone from certain danger or death.

God spread His charizomai far and wide, freely attributing our sins to the Lamb of God, leaving our record irrefutably clean, and opening the way for all to repent and be forgiven. Fallen humanity did nothing to earn this gift of forgiveness—no acknowledgements of sin, no repentance or confession. It was His love, His empathy, His compassion, His infinity of spirit that gave us charizomai. And that forgiveness has the potential to restore us to a life of joy here and now and to an eternal life with our wonderful Savior. The “Wonderful Counselor, the Mighty God, the Everlasting Father, the Prince of Peace” (Isa. 9:6) makes all of this possible through His infinitely loving charizomai offered to all who will but accept it by faith!

The other Greek word translated as forgiveness, aphiemi, applies specifically to those who have accepted God’s charizomai, who are now believers, and who have begun their walk with Christ. The term has various meanings: “to put or send away”; “to remit or omit”; “to separate from.” This is what God does through Christ every time He forgives us in order to safeguard our relationship with Him. Through the transactions of our confession and repentance, acknowledging with gratitude the gift of forgiveness that has already been given us, we, the forgiven, take hold of God’s aphiemi to live the life of forgiveness.

This new life represents a break with the old life. Knowing that we are forgiven (God erases our past sins through the gift of undeserved justification) is what opens the door for a change of heart that continues through a process of transformation called sanctification. I call it the “forgiveness journey.” Practicing the fruit of the Spirit (Gal. 5:22-26) in order to cultivate a forgiving spirit, learning every day how to forgive—even our enemies—is precisely what it means to be sanctified. Now you can understand why sanctification is the work of a lifetime!

OTHER DEFINITIONS OF FORGIVENESS

What is forgiveness? Let’s look at how some others have defined it.

McCullough, Sandage, and Worthington define it thus:
“Forgiveness is an increase in our internal motivation to repair and maintain a relationship after the relationship has been damaged by the hurtful actions of the other person.” 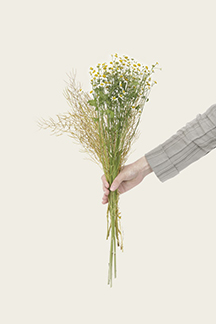 Worthington defines it as follows:
“Experientially, forgiveness seems more like an act that goes beyond moral duty, a supererogatory [atoning] act rooted not in our sense of duty, but in our capability for charity and benevolence.”

These definitions developed by Christian psychologists underscore the restorative quality of forgiveness. What was broken is now restored, perhaps not to its original state, but to a reasonable facsimile that allows the forgiver and, hopefully, the forgiven, to repair the emotional damage caused by the hurtful event. These definitions go so far as to suggest that there is a “forgiveness gene” in each of us that needs the healing that only forgiveness can bring. We don’t forgive just to fulfill a moral duty, but to fill our need to keep the flow of love going outward.

WHAT FORGIVENESS IS NOT

The International Forgiveness Institute suggests that forgiveness is not any of the following:

Even though there is a profound need that God has put in each of us to forgive, there is a part of us that views forgiveness with suspicion. We withhold it because most of us want justice to be served to the offender first before we bestow such a precious gift on such an undeserving person! So we use strategies of evasion and manipulation, such as those listed above, and believe that we have taken care of the situation. The truth is that if we don’t take care of a hurtful action perpetrated against us in a way that takes care of our own guilt at not truly forgiving, we will continue to carry anger—in one or more of its manifestations—in our minds. This mental burden will sooner or later reveal itself as physical illness. In this sense, unforgiveness is a psychosomatic disease!

What happens when I perceive that I’ve experienced an injustice or a betrayal?

Anger is generally the first response to a real or perceived injustice. This is not all bad. Anger is a form of self-preservation that allows the wronged party to defend him or herself or escape the source of danger. This explains why the Bible does not prohibit becoming angry (Ephesians 4:26 and Psalm 4:4), but does exhort us not to hang on to anger over the long haul. Long-term anger that turns into cynicism and distrust of others can do us the most harm. Psalm 30:5 reminds us that even God gets angry, but His anger lasts only for a while. His favor is what lasts a lifetime!

After the initial anger, there follows a sense of shame that overwhelms the injured party. This shame arises from the assumption that the world we live in is safe and benevolent and, therefore, we don’t deserve hurtful actions directed at us. That assumption explains why an injustice directed at us always surprises us. We can also be surprised when we believe that we are incapable of hurting another person. Acknowledging that one is a sinner does not necessarily mean one is able to see one’s actions as hurtful from another person’s perspective. And even if one was not entirely responsible for the hurtful act, there is the shame of being victimized. That shame grows out of the fear that others will believe that the injustice was deserved. 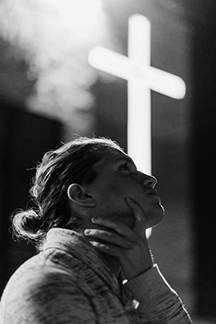 The next response that arises from the sense of shame is the need to blame. Again, our shock at the implicit accusation in the injustice that we deserve the hurtful act causes us to seek a source inside or outside ourselves to blame for the offense. We may assume we did something to deserve this hurtful act (this response is typical of children who are victimized), or we may conclude that all of this offense must be laid fully at the feet of another. As we will see later, depending on our personality type as adults, we will respond differently to this need to blame. At any rate, any response will need to take into account the fact that offenses between adults require that both the wrongdoer and the wronged party must take their share of the blame for the hurtful event.

As an outgrowth of the shame and blame stage of responding to an offense, denial provides yet another means of escaping acceptance of responsibility (the perpetrator) or the need to address a wrongful accusation or act (the victim). If the wronged party remains in the denial stage, it will be easy for them to begin to create the grudge story. The story about what happened to create the offense is important to tell if you want to move on from the damage caused by the offense. But a grudge story is a story that has gotten stuck. Dr. Fred Luskin compares it to an airplane that flies around and around the landing field without ever landing. The same story is told over and over again with the same players, the same arguments, the same justifications for holding on to the grudge.

These are the typical responses humans have to a hurtful event: anger, shame and blame, denial, and the grudge story. As damaging as these responses are to the person who clings to them, when we are victimized by an offense, ironically, we tend to cling to them for dear life! It was the Swiss education philosopher Jean Piaget who stated that the first human response to an offense is CONSERVATIONAL. That is, our tendency is to keep things as they are, even if they are miserable! This typical response tends to preserve anger, fear, hurt, and resentment. Initially these are meant to protect the victim, giving him or her a sense of control over an action that has caused pain or threatened their wellbeing. However, if held onto over the long run, the pain of the past will constantly invade the present, affecting negatively the mental, physical, and spiritual life.

Forgiveness has the potential to break this vicious cycle. Psychologists Pargament and Rye developed a TRANSFORMATIONAL model, based on forgiveness, for responding to an offense. The decision to for- give motivates the self from self-protection to active pursuit of peace (i.e., forgiveness and reconciliation). This decision is fulfilled through the practice of:

Reframing: A process of trying to see the offender under a different, more empathetic light, seeing him/ her as a vulnerable child, for example. This process includes humanizing the offender (no longer seen as a “monster”), empathizing with the “wounded inner child” of the offender, reappraisal of the relationship (“Can we be friends again?”), and social facilitation, i.e., seeking ways back to a possible relationship with the offender, albeit different from the previous relationship.

Adaptedfrom I Forgive You, But... (Pacific Press, 2007) and other sources. by Lourdes E. Morales-Gudmundsson, Ph.D.